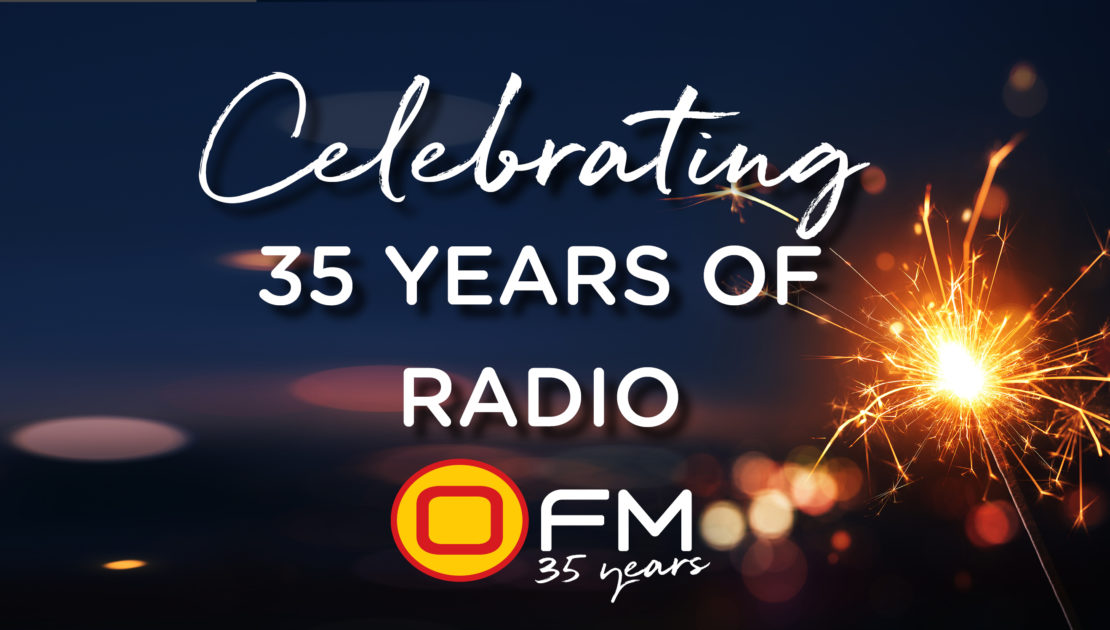 From its humble beginnings in 1985 as an SABC evening broadcast of Radio Highveld in Bloemfontein for the central South African region, to the Northern Cape and Free State eventually having their own station, Radio Oranje in 1986, to adopting its current name and format in 2002, OFM has had an remarkable journey thus far.

In 1996, Radio Oranje became the very first SABC radio station to be privatised. Sold for R11-million to a consortium of investors, it would pay back its purchase price within 18 months.

The station underwent a radical presenter line-up shift in 2002. This signalled the end of the Radio Oranje sound (and name – though this started gradually from as early as the late 1990s). According to former OFM CEO Gary Stroebel, “The audience initially reacted with derision, but audience numbers started to swell, and the station never looked back as the new sound reflected modern trends, not only in broadcasting, but also music”.

OFM launched a new logo, look and corporate identity in 2006. This finally put the past behind it, and the change in focus saw the station appealing to a broader base of listeners. As a result, audience numbers surged past the 500 000 mark, and have continued to grow ever since, especially in the lucrative SEM 9 and 10 grouping. The bright logo allowed OFM maximum visibility with its various sports sponsorships. Yellow and red, as opposed to orange and purple, also dropped the ‘Oranje’ association. It heralded a new era of media professionalism, and a brand that appealed to its diverse audience in its footprint.

The station has been involved in major events, including the annual OFM Classic Cycle Race in Bloemfontein, the Image Plus roadshow, and the annual Radio Oranje Song Talent Competition (similar to the Idols concept, but preceding it by many years).

Community has always been close to the station’s heart, and according to the Central Media CEO (parent company of OFM), Nick Efstathiou, there have been innumerable fundraising and charity projects over the years, such as when a tornado hit Welkom in 1990, and when a mining-related earthquake wreaked havoc in Stilfontein in 2005. The radio station also created an emergency fund for victims of the Merriespruit mining dam disaster in the Free State Goldfields in 1994. Moreover, there were music concerts, golf days and blanket drives – all organised to assist those in need.

OFM has also won its fair share of awards – at the Artes, Loeries, Pendoring, South Africa’s radio industry awards, and many others. The station’s various departments, including news and advertising, have shown that they can compete with the best in the business… and win.

Although it is impossible to mention all the memorable voices who gained a loyal following among OFM’s audience over the past almost four decades, long-time listeners will remember legendary presenters such as Manie Kitching, Bruce McEwan, Anton Smith, Jeannette Geldenhuys, Eddie Goldberg, Pieter du Bois, Eloise Pretorius, James Kilbourn, Angie Khumalo, Riva Schoeman, Tim Thabethe (the current programme manager), Pieter Möller, Darren Scott and Rian van Heerden. Another well-known name, although behind the scenes, was the beloved Afrikaans musician, Lucas Maree, who was the music compiler.

According to Albé Grobbelaar, former OFM MD, “I think one of the main reasons for the station’s success over the years, and the listeners’ and clients’ loyalty towards the station, has always been the fact that the station is from this region and for this region, with a focus on local music. In addition, OFM, with talented people on the programming, news, production, technical and management sides, has been able to constantly face and adapt to new challenges. The station can be very proud of the number of people who had reached great heights in broadcasting (radio and television) in the national market, all over the country, based on the foundations laid and what they had learned in their careers at OFM.”

From laid-back lounges to bustling traffic; from tiny corner shops to majestic malls – OFM resounds across ...

“Mother’s Day is not really a day during which I focus on my role as a mum, but rather on that of my role a...

By: Dave Tiltmann Just like radio, podcasting is an intimate medium that has the power to create connection...

Nelson Mandela Bay’s newest green building has saved an estimated 40 000 kg of CO2 emissions in the past 12...

The Middelburg (Cape) Recreation Club has received R46 000 worth of sports equipment for a variety of disci...