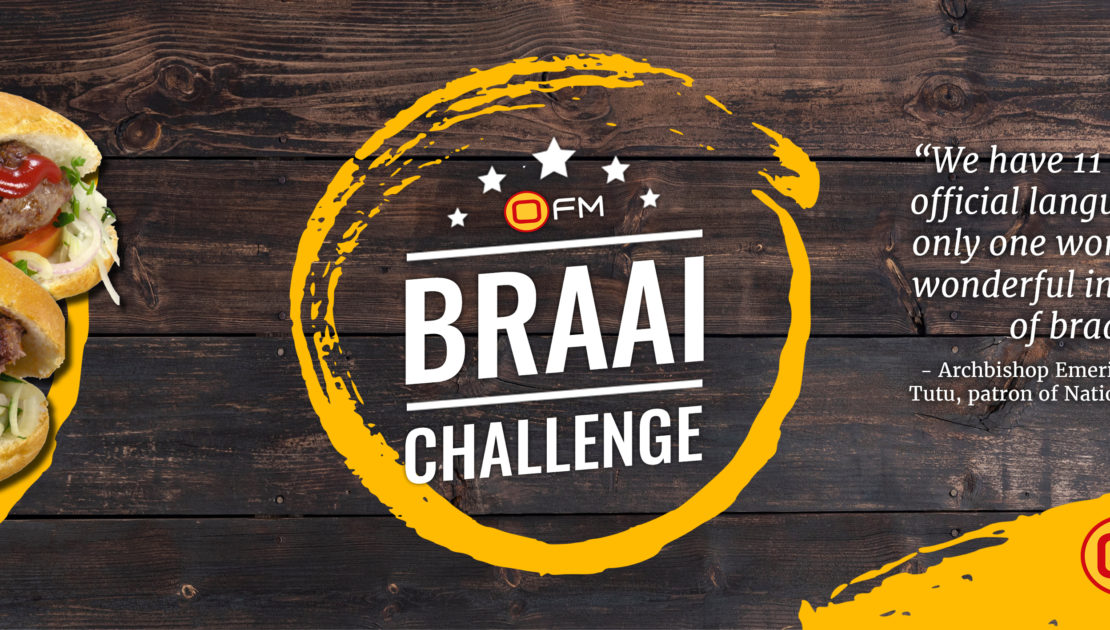 OFM, the sound of your life in Central South Africa, braaied for charity this Heritage month and had fun with some of its many loyal listeners during the process. Every Friday during Heritage month, OFM visited one of the cities or towns in its broadcast region to braai for charity. Listeners could purchase a boerewors roll, barbecued to golden brown perfection by our very own presenters including Shandor Potgieter, Sam Ludidi and Alucius Mocumi. Boerewors rolls sold for R20 per roll, but listeners were encouraged to make a donation to support the charities in their region. In some cases, donations of up to R1 000, and in one case R10 000, were received.

At Lunch host Enriko Klopper broadcast his show live from every braai venue to keep the rest of Central South Africa excited and informed about our Braai Day initiative.

Says Lindiwe Mtwentula, OFM Marketing Manager: “Archbishop Emeritus Desmond Tutu, patron of National Braai Day, said ‘We have 11 different official languages, but only one word for the wonderful institution of braai.’ During Heritage month, OFM not only honoured the age-old South African tradition of coming together around a fire, but we braaied with a purpose! Once again our listeners didn’t disappoint. They came out in numbers and donated freely to help communities in their area. It just showed again how warmly our hearts beat for Central South Africa!”

The Braai Day challenge started Friday, the 4th of September in Klerksdorp at Hyper Meat, with R10 140 raised for Triest Training Centre for People with Intellectual Disabilities. It was Kimberley’s turn on the 11th of September, where Beefmaster hosted the team and R28 500 was raised for Re Tlameleng Special School. On the 18th of September the team braaied at Penguin Cooling ably assisted by Vryburg Vleismark. A whopping R91 562 was raised for Round Table Vryburg 72 in support of LJ Visser.

Finally, on the 25th of September, OFM was hosted by Amadeus butchery where a total amount of R20 475 was raised for the Bethlehem SPCA.

OFM celebrates the heart of the Free ...

OFM, inspiring listeners to live the real good life in Central South Africa, is dedicating a whole week of ...

OFM braaiing for charity this heritag...

OFM, the sound of your life in Central South Africa, braaied for charity this Heritage month and had fun wi...

Celebrate every step with the Virtual...

OFM celebrates the ladies this august

During the month of August, OFM is inspiring the fabulous women listening to the station to stand tall and ...